How to prevent Razor Wire from rusting

How to prevent Razor Wire from rusting
Why does Razor Wire rust? First of all, it should be stated that Razor Wire is corroded due to its special internal structure and surface oxide film (Cr2O3), which makes it difficult to chemically react with the medium under normal conditions. But it is not corroded under any conditions, that is, the corrosion resistance of Razor Wire is relative, not absolute.

During the processing of the barbed wire, the Razor Wire wire directly rubs against the barbed wire machine, which will damage the oxide film on the surface. This is unavoidable, and Razor Wire can also corrode in the presence of corrosive media and rust. The medium is corroded by a slow chemical reaction or other reaction. Under some conditions, the corrosion rate is faster and rust is generated. Razor Wire is protected by a smooth, extremely thin and strong oxide film (Cr2O3) formed on the surface to prevent the oxygen atoms from continuing to infiltrate and oxidize to obtain corrosion resistance. However, for some reason, once this protective film is destroyed, the oxygen atoms in the air or liquid continuously permeate and the internal iron atoms are continuously precipitated to form iron oxide and rust. 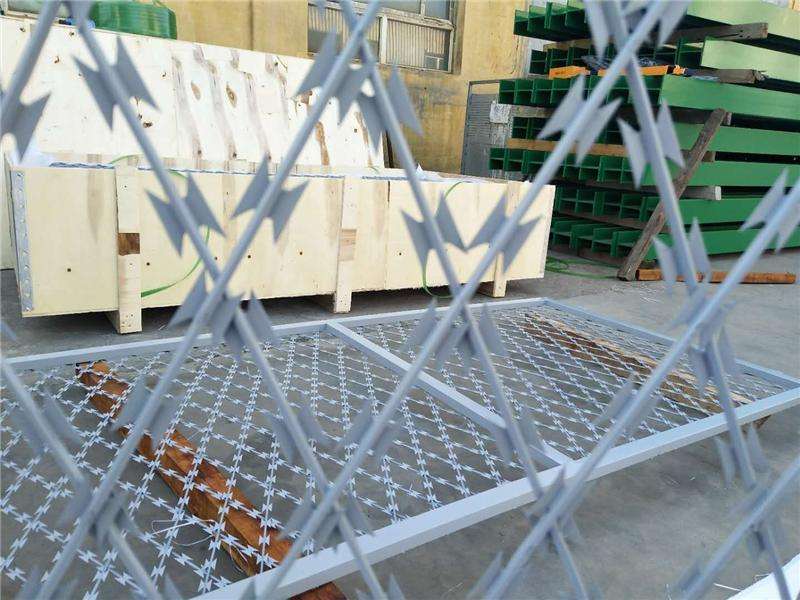 During the construction of Razor Wire, the surface of the Razor Wire is scratched due to spark ash during cutting, spatters during welding and bitings, pores, cracks, etc. in the weld area, or contact with carbon steel and other sharp objects. The protective film is damaged and rust is generated. In addition, Razor Wire rust is also very much related to the environmental conditions in which it is used. Razor Wire is corrosion resistant under normal conditions. However, when the air contains a large amount of chlorine medium such as salt sulfuric acid, hydrochloric acid, oxalic acid, detergent or alkali such as cement, lime and the like, the surface protective film is corroded and destroyed, causing Razor Wire rust.